Stuart Anderson Contributor
Opinions expressed by Forbes Contributors are their own. 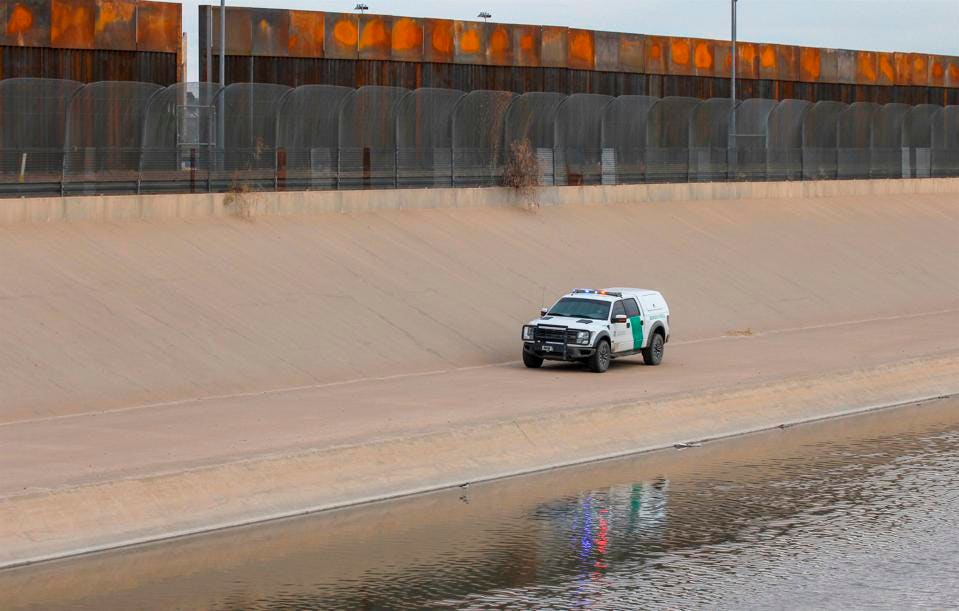 America is only a year removed from a December 2017 Department of Homeland Security (DHS) report that hailed the agency’s great success in achieving “the lowest level of illegal cross-border migration on record.” A fresh look at current and historical data shows that despite the attention paid to the dueling televised addresses delivered on January 8, 2019, there is no crisis at the border.

“In FY 2017, CBP [Customs and Border Protection] recorded the lowest level of illegal cross-border migration on record, as measured by apprehensions along the border and inadmissible encounters at U.S. ports of entry,” according to the Trump administration’s DHS report released in December 2017. Did the situation at the border change dramatically over the next 13 months and go from an historic “lowest level of illegal cross-border migration” to a national crisis? The answer is, “No.”

Even these monthly figures can miss sudden changes. “There have been signs that the migration surge has abruptly receded in recent days,” reports Nick Miroff of the Washington Post in a January 9, 2019 article. “Border stations and shelters that were at crisis levels in late December experienced a sudden drop in the number of families arriving in the past week, according to lawmakers and charity groups.”

Here is the big picture: The most important overlooked immigration development is that illegal entry by individuals from Mexico has plummeted by more than 90% since FY 2000, according to Border Patrol apprehensions data. That means large-scale illegal migration by Mexicans to the United States – the original public justification Donald Trump used for building a wall along the border – is simply over. Demographics and improved economic conditions in Mexico ended it.

That still leaves the problem of families and unaccompanied minors from Central America seeking safety, economic well-being or both in the United States. It also leaves a U.S. system not well organized to cope with them. Unaccompanied minors and family units from two countries drove the increase in FY 2018 numbers.

The issue is family units, which is why the administration decided to enact its controversial child separation policy, hoping to deter Central American families from traveling to the United States. Parents thought the dangers in their home countries justified risking the trip to the U.S. border. One way they chose to limit the risk was to travel in a group, which contributed to people joining a “caravan” that moved toward the U.S.-Mexico border.

Between FY 2016 and FY 2018, apprehensions of family units approximately doubled for both Honduras and Guatemala, rising from 23,067 to 50,401 for family units from Guatemala between FY 2016 and FY 2018, and from 20,226 to 39,439 for Honduras during the same period. However, for context, as recently as 2000, overall Border Patrol apprehensions exceeded 1.6 million in a year. David Bier of the Cato Institute has also pointed out the Bush administration apprehended more children than the Trump administration and with fewer resources available.

A multi-pronged approach is needed to address the problem. First, the administration should reinstate the Central American Minors (CAM) program to permit people to apply for protection from their home countries. “The CAM program was established in 2014 to provide certain minors in El Salvador, Guatemala, and Honduras the opportunity to be considered, while still in their home country, for refugee resettlement in the United States,” according to U.S. Citizenship and Immigration Services. As part of its opposition to refugee admissions, Trump administration officials made a significant error in judgment by abolishing the program, when instead they should have been expanding the program as a way to discourage dangerous treks to the border.

Second, not everyone coming to the border is seeking asylum. Many simply want better economic opportunities free of shakedowns (or worse) by gang members. Donald Trump was a businessman and should be adopting a practical businessman’s approach by giving more people a chance to work legally in the United States so they will not enter the U.S. illegally. Negotiating bilateral agreements with Central American countries is one way to accomplish this straightforward solution.

Third, hire more immigration judges and give people a chance to apply for asylum. Blocking people at ports of entry through “metering” encourages people to use smugglers to enter the U.S. unlawfully. For those who apply for asylum, use alternatives to detention, a number of which have a good track record in ensuring people appear for their hearings. That would eliminate the need for more long-term detention facilities.

Fourth, work with Mexico and Central American governments to eliminate the conditions that drive people north in search of safety and economic salvation.

Fifth, tone down the rhetoric to seek more rational solutions. Arguing, as the administration has, that a wall is needed to prevent murderers and terrorists from overrunning the United States does little to promote a bipartisan compromise. Overselling the wall as a way to stop drug addiction in America does not help either. “What the president didn’t mention is that the vast majority of those drugs enter through ports of entry along the border, not the vast stretches in between where he wants to erect his border wall,” notes USA Today’s Alan Gomez.

In Donald Trump’s speech on January 8, 2019, he did not mention that the idea for the wall came not from security experts, but from political consultants Roger Stone and Sam Nunberg as a “mnemonic device” to “make sure he [Trump] talked about immigration.” In alleging that unauthorized immigrants “drive” away jobs for natives, he did not concede in his speech that his country club in Bedminster, New Jersey, has been credibly accused of employing unauthorized immigrants. He also did not mention that a wall would not prevent individuals from applying for asylum at a lawful port of entry and that families who cross unlawfully have been turning themselves in to Border Patrol agents and requesting asylum.

Establishing more ways for people to apply for refugee status in their home countries and allowing individuals to enter the U.S. and work legally is the best approach. A wall will not solve the problem at the border, and it’s a problem, not a crisis.

(I am the executive director of the National Foundation for American Policy, a non-partisan public policy research organization focusing on trade, immigration and related issues based in Arlington, Virginia.)

Immigration Attorney John L. Pinnix, a North Carolina Board Certified Specialist in Immigration Law, has represented foreign nationals in immigration matters since 1977. Mr. Pinnix has assisted thousands of families in filing applications with U.S. Citizenship and Immigration Services for family based green cards (lawful permanent residence), employment authorization, travel permits and citizenship.
View all posts by Jack Pinnix →
ABA:  What do experts predict will be the immigration law battles in 2019?
The New Yorker:  Trump’s Speech = -0-