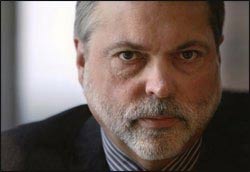 John L. Pinnix is a founding member and the senior immigration attorney in the Raleigh, North Carolina law firm of Allen & Pinnix, P.A. For over 35 years he has limited his practice of law to immigration and nationality issues. Mr. Pinnix served as the national president of the American Immigration Lawyers Association (AILA), and was among the very first attorneys in North Carolina to practice immigration law. He was a founding member of the Carolinas Chapter of the American Immigration Lawyers Association, and twice served as Chapter Chair.

A nationally-recognized authority on immigration law and policy, Mr. Pinnix has successfully represented thousands of individuals in virtually every area of immigration law, including, but not limited to: non-immigrant classifications; Deferred Action for Childhood Arrivals (DACA); employment authorization; family reunification; lawful permanent resident status; employer-based immigration for foreign national workers; investors; and citizenship. He has also been involved in complex cases involving deportation/removal and asylum on both the administrative and appellate levels.